By Samantha Warren on December 6, 2012 in Uncategorized 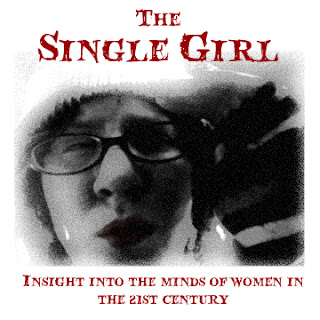 Dating can be rough, for both guys and girls, so in an effort to help those poor lonely men out there win the girl of their dreams, I offer these six bits of advice.

1) Make an effort – When you find a girl you are interested in, especially if you find her on an online dating site, it is important to show that interest. When contacting them, don’t just say “Hey, how are you?” or some other generic thing that has absolutely nothing to do with anything. Comment on something they said (or did) and ask a question. Give them something to respond to. “You’re pretty” (or worse, “Ur pretty”) doesn’t cut it. If you’ve seen the girl in public, say a coffee shop, add a personal touch. “You’re reading Hunger Games? Cool. I haven’t read it myself, but the movie was good. How does it compare?” Always give them a reason to respond with something other than “Hi” or “Thanks”. And listen to what they have to say. Don’t interrupt and make mental notes of things you can respond to in order to keep the conversation going.

2) Don’t be weird – I’m not saying don’t bring up your D&D addiction or hide the fact that you play video games. What I mean is don’t ask them how many cavities they have the first time you talk (yes, that has happened). Don’t bring up the fact that you’re a recovering drug addict in the first two conversations (yep, that too). Don’t moan about past relationships before you’ve even had the first date. Don’t moan about past relationships on the first date, either. Don’t complain about bills or being broke. If you air all your baggage before you even meet, what will you have to talk about later? (I’m only being half-sarcastic here.) The goal is to get to know the person, but not to dig into their deepest darkest secrets right off the bat. The ease of the internet has made people too open with their personal lives. Leave a little mystery for awhile.

Guy: Where would you like to go for dinner?
Girl: Oh, I don’t care. You decide.
Guy: I don’t know. What are you in the mood for?

This annoying exchange can go back and forth for minutes… hours… even days. It’s horrible. Find out what she DOESN’T like and pick a place. Have a backup plan in case she shoots down your first choice for some reason. And when you’re deciding where to go, take into account how much effort it will be for her. Is she new to town and your restaurant of choice is some tiny little hole-in-the-wall place that’s almost impossible to find even though it has awesome food? Is she going to have to drive an hour to get there? Little things like that show that you’re taking her well-being into account, even before you meet. And whatever you do, when deciding where to eat, do not, I repeat, DO NOT respond with “Someplace cheap.” *facepalm*

4) Don’t be Cheap – I understand that money is tight these days for most people. Times are tough, jobs are hard to come by, those lovely green bills don’t grow on trees. You can still take your date someplace decent without coming across as a cheapskate. First and foremost, you need to pay. In this age of equality between men and women, men seem to think it’s perfectly acceptable to take a woman on a first date and expect her to foot her half of the bill. Nope, sorry guys. That’s just not true. Do that and I can guarantee she will plaster that smile across her face, all the while thinking to herself “Scratch that one off the list.” If you want a second date, or more than just a handshake at the end of the night, you better pony up the cash and pay for the meal. You’re broke, you say? Eat ramen and forgo cigarettes, beer, and other luxuries for a week or two. Save up thirty bucks. Take her to Olive Garden, Applebee’s, or some other place that offers good, unlimited lunches for under seven dollars. Denny’s, McDonald’s, and other fast food are not acceptable places for a first date. Order yourself a water. Let her pick whatever she wants. Do NOT try to dictate what she orders. When she finds out later that you went out of your way to make your first date special even though you had to sacrifice a bit to do it, you’ll get instant brownie points. The only exception is if she insists on paying, as in this article. Don’t disrespect her and make yourself look bad by ignoring her wishes.

5) Be a Gentleman – When the check comes, don’t leave it sitting there on the edge like you’re waiting for her to pick it up. It makes an otherwise enjoyable meal awkward and uncomfortable. When the waitress brings the check, take it from her, smile and thank her, and place that little black folio on the inside of the table, away from the girl. Make it obvious that she is not going to pay without directly saying so. Then continue whatever conversation you were having before it came and appreciate the thankful light that will start glowing in her eyes. Whenever the opportunity arises, be chivalrous. Chivalry is not dead. Feminism and equality have not killed the basic rules of respect. Hold doors open for her and any elderly folks you may run into, open the car door if you are driving. If plans were made to do something else after eating and driving is required, YOU drive (that means you should really clean your car before the date if you’re a bit of a pack rat like me). Having basic manners will go a long way in the early stages of a relationship. And it goes without saying that if you make a date, keep it. Show up on time. In fact, show up a little early. Be waiting when she arrives. Pull out her chair. Be a gentleman.

6) Be a Man – If you decide you’re uninterested, either before or after you’ve started dating, tell her. Pick up the phone and let her know that it’s not going to work out. Don’t just stop talking to her. Don’t block her, ignore her calls, or act like she doesn’t exist if you haven’t taken the time to tell her that you’re not interested. That’s a very douchebaggy move. Grow a pair and talk to her. If she continues to bug you after that, only then can you proceed to ignore her.

So there you have it, my six helpful hints for dating in this strange world. Do you have any tips of your own for those wonderful men who may need a little extra help snagging the girl of their dreams?

View all posts by Samantha Warren →