By Samantha Warren on January 31, 2012 in Uncategorized

This week’s guest post comes from the lovely Barbara McDowell.

I’ve got a thing for vampires and zombies. Anything vampire and zombie-related and I’m there…movies, books and TV shows. The first glimpses of the blood-suckers came from the 1970’s Saturday afternoon B Movies that played when a Godzilla knock-off wasn’t on. 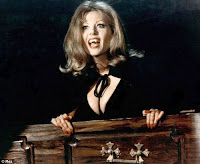 The theme of these flicks was romantic, older male vampire wanders into city/village area and starts seducing and making a horde of female vampire brides. As a twist, the brides would then sometimes start a feeding frenzy until the movie’s hero hunted down the head vampire to save everyone’s souls. Insert cheesy music, darkly lit scenes and even dubbing for English-speaking voices. Yet I would watch because the idea of someone being able to have that much psychic pull on another was fascinating. 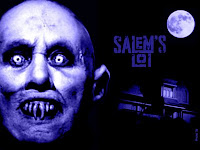 I next remember reading Stephen King’s Salem’s Lot circa fourth grade and being enraptured. Even though his take on the famous lore was quite violent and not romanticized in the least, I wanted to see the town first hand and understand what made the creatures tick. Vampires in King’s hands were conniving and vicious predators.

For most of us, the first introduction to modern zombies was in the George Romero classic Night of the Living Dead. 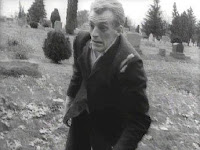 One moment, it is just a sunny, happy day. The next there are instinct driven, hungry humans lurching about with chomping teeth. How awful (and also exciting) to be chased through a cemetery by such slow-moving terror! Of higher interest is Romero’s treatment in the movie—as well as some of his subsequent films—of how the characters react both to the terror and working with each other to survive. The lack of concrete information or explanations from the government, the mistrust and backbiting in the hideout home and even frozen fear all play out as a testament to the human condition.

Now for dealing with zombies, I’m talking pure zombies and not the rage or virus filled models of the new millennium. Those virus versions are just nasty little critters. Yes, I’m still a little disgruntled on the switch up of skills they were allowed in the Dawn of the Dead remake, though it was freaky to see how fast the buggers could go from a doorway to hopping onto the hood of a car. I’d be doomed. So if I ran up on a zombie in the alley I’d pretty much need a Romero stagger one to know what I was dealing with. I see the lurching zombie fellah coming and I know to turn and dart the other way.

And that, I think, is where a core of my interest lies. Maybe my affection is for the known expectations. Bottom line is that with vampires and zombies, you know what you are working with. Both want to bite your bits. Even the so-called Twilight-era romance vamps, who profess odes of love and affection, still want to bite you. Listen to the loving coos, but don’t get it twisted. The thirst is all-encompassing and will get you bit. 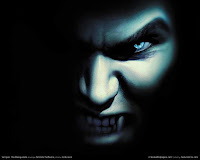 I once heard a presenter say that as he gets older, he finds he can’t stand people. I’m not yet into that boat, but do see that my tolerance for drama has lessened. “Monsters” to me are those traipsing around putting their emotional gook onto everyone else. There was even the coinage of the phrase “emotional vampire” for those hapless souls who will suck your last will to live down into their spiral to hell. These are the ones I’d trip as we ran from the zombies.

Other people are wired so quick triggered that you don’t know what you are going to get. A simple hello can turn into a rant about all their perceived evils in the world. Ask about a status of a project and risk witnessing the face of someone considering pouncing on you for having the gall to follow-up. Flick to change lanes and watch five cars purposefully speed up with rage and glee. And don’t get me started on the drama criers. You cry because of being in a truly emotional place, I get it. You cry every day seeking some level of sympathy or credit from me, good luck with that.

Not so with the creatures of my dreams. While the zombies will eventually wander off and starve, I guess the vampires, if lucky, have centuries to get their emotions together.

What spurs your love for the horror genre’s creatures? Do you have a love for other monsters or supernatural beings? What are your thoughts on our levels of tolerance and patience as we get older?

By day, Barbara McDowell works in training and development, managing the
educational needs and course development for the staff of a regional accounting firm.
In the depths of the night, she is a crafter of stories birthed with dark, human themes.
Suspense at each corner turned. Horror sometimes waiting at the end. Primarily a short
story writer, Barbara has recently started her first novel. A lover of coffee, cats, crime
dramas, crochet, conspiracy theories and chocolate, Barbara can be found blogging at
http://writenowlife.wordpress.com/ or tweeting at @BMcDowellOH.

View all posts by Samantha Warren →

12 Responses to Guest Post: A Case for Vampires and Zombies